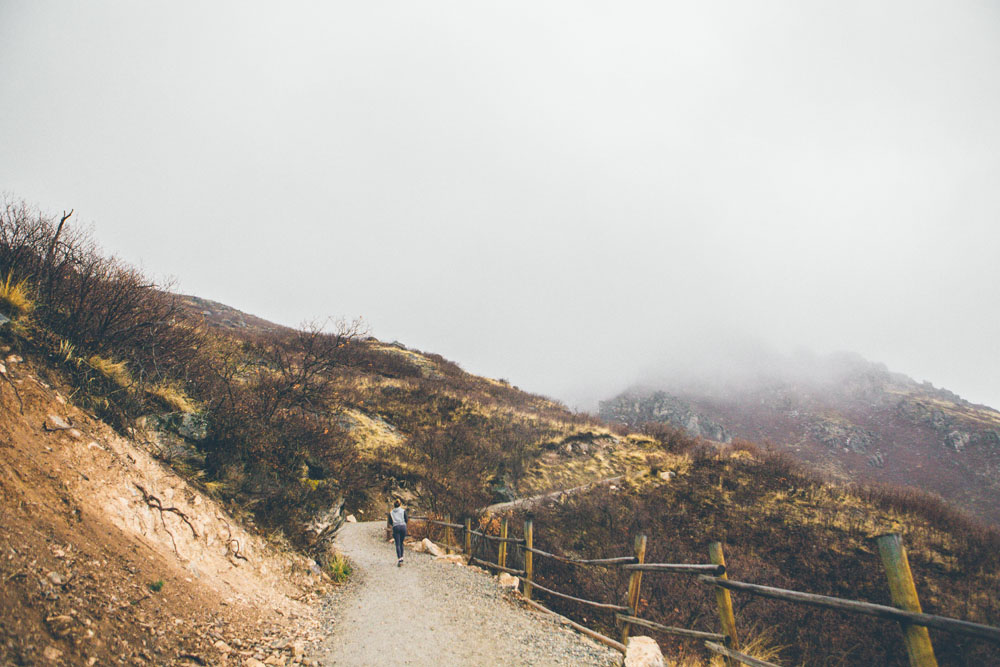 Nivendra and Hansini, two psychologists from Sri Lanka, are about to walk across Sri Lanka to increase awareness around mental health and illness. Together, they are Footsteps to Freedom. They are preparing themselves to deliver workshops and hold camps that will help people feel more comfortable with reaching out for help when they need it, and at least begin talking about their psychological issues.

We will be speaking to both of them regularly as they progress in their journey! For now, these are their initial thoughts.

The Shrinking Couch: Please tell us a little about you and your partner – we would love to hear about what brought you together, and the conversation that led to Footsteps to Freedom.

FTF: Nivendra: I am a counselling psychologist who graduated from Christ University, Bangalore, India in 2014 and I have been working in Sri Lanka for the past two years involved in practice, teaching and a great deal of voluntary work. I work for Samutthana- The King’s College London Resource Centre for Trauma, Displacement and Mental Health, Sri Lanka. I am also the founder of ‘Letter Earthlings’ a community that spreads love and hope around the world through handwritten letters.

Hansini: I am a researcher and psychologist. I completed my postgraduate degree at Anglia Ruskin University, Cambridge UK and have been working as a lecturer in Sri Lanka since 2015. I engage in psychosocial projects and conduct research on trauma, mood disorders and developmental disabilities. I like challenges in my personal and professional life and this project is a part of that journey towards reaching out to those who need help; overcoming the physical and mental boundaries and of course breaking the societal rule saying that young women cannot engage in such adventures.

I was inspired to engage in this project after hearing about a similar walk done by an ex officer of the Sri Lanka army who I met during flood rescue work recently. I have always wanted to reach out to communities outside of the metropolis’s in Sri Lanka and realized that this project would allow me to follow my passion, which is mental health and also to connect deeply with people along the way. I met Hansini at a workshop I facilitated last month and I was talking to her about my idea, and voila, there came a facebook message a couple of days later saying that she was interested in joining me. There it began, and we are now in the midst of training and planning for an experience of a lifetime.

TSC: What is Footsteps to Freedom – the aim and the inspiration? Please tell us of your experiences in Sri Lanka that led you to take such a step.

FTF: Even though awareness about mental health and surrounding issues are gradually coming to light, there is still a lot of stigma surrounding mental illness. Many, especially those in rural areas are unaware of, but still experience mental illness and about how and where to seek help. Through this walk, we hope to spread awareness by conducting a series of workshops along the way. Footsteps to Freedom is also about empowering communities to find freedom from stigma and shame associated with mental illness.

We hope to create a conversation about mental health and positive living by involving people of different social strata in our project.

Sri Lanka had the highest rate of suicide in the world in 1995 and is still approximately amongst the top four countries with the highest suicide rates globally. Alcoholism, domestic violence and child sexual abuse rates are also on the rise everyday, and only a fraction of those affected seek/have access to help. The civil war between the Sri Lankan government and the Liberation Tamil Tigers Eelam ( LTTE) which lasted for more than 30 years, left wounds that keep festering, and natural disasters like the Tsunami in 2004 also wreaked havoc in the country, and our people still are in the process of healing. We have seen and worked with a great deal of people who have been traumatized in different contexts in Sri Lanka through projects that we’ve done in the past, and this only intensifies the need in us to serve our people in our own way. This is what ‘Footsteps to Freedom’ is really about, to reach out and to show that we care. We hope that every footstep we take on our journey, would create a ripple effect of awareness, destigmatization and compassion which in turn would promote positive mental health in all of us.

TSC: Would you like to share your path with us? Which villages or towns will you walk through, and what do you expect to encounter there?

FTF: We would be starting our walk from ‘Dondra’ which is the southernmost point of Sri Lanka and the journey would end at ‘Point Pedro’, the northernmost point of Sri Lanka. The entire walk is divided into six phases, and we hope to stop by at army camps, hospitals, and other community establishments to deliver workshops on mental health awareness along the way. We would be passing through both major towns and little rural hamlets, and the diversity in terrain and geography would help us understand and appreciate our country better.

Those who are interested in joining us are welcome to do so, for any of the above phases.

FTF: We both have started working out and training physically as well as mentally for the challenges that lie ahead using a mixed bag of crossfit, yoga, practice walks and healthy eating habits. We have also connected with the mental health division of the Sri Lanka Army who will help us with accommodation and venues for workshops along the way. It is the division of preventive medicine and mental health of the Sri Lanka army. They handle awareness raising on mental health issues in army camps around the country, and the mental health staff at the army hospital in Colombo is also supporting us.

We will also have a backup team on standby so that our supplies can be replenished at certain points during the journey. We strongly believe in the generosity and kindness of Sri Lankans and we trust in the power of surrender. This will take us through.

TSC: With every stop, what do you have in mind? Activities, workshops? How will you bring people together? – how do you imagine a typical day in the life of Footsteps to Freedom.

FTF: We have planned stops at strategic locations where we can reach out to the community via hospitals, schools, religious establishments and facilitate awareness raising workshops on themes such as general mental health and well-being, alcohol and substance related issues, childhood disorders, child sexual abuse, domestic violence etc. We also hope to carry leaflets/brochures of other organizations that run helplines and provide psychosocial services around the country. We are relying heavily on the media for their support, so that people on our route can be informed of our arrival ahead, so that they can participate in our workshops.

We imagine a typical day during our walk to be, where we would begin walking just before sunrise and hope to cover approximately 20km per day, roughly about 6 hours of walking. We would be facilitating workshops and awareness raising sessions during the rest of the day. We also hope to take one day breaks at the end of each phase of the journey where we will be conducting several workshops for both civilians and the military.

TSC: Do you also plan to look at and understand indigenous perspectives on mental health and native ways of looking at healing the psyche? What existing frameworks operate in naming and treating psychological disorders (for instance, are there words/ definitions for things like depression/ anxiety/ psychosis/ OCD?) Is there a resistance to “western” ways of thinking about/ looking at  illnesses? Tell us about the regional understanding of mental health and illness.

FTF: We do not plan to formally look at indigenous perspectives on mental health due to time limitations etc, but the conversations we hope to have with people we meet would definitely shed some light into belief systems and practices that people in different parts of the country subscribe to, in the context of mental illness and healing. Sinhala and Tamil languages have limited vocabulary when it comes to describing feelings and expressing one’s emotional state and hence we tend to see psychological issues being manifested physically. The words used for disorders like depression and anxiety are highly technical and are not commonly used within the general population.

Emotions that experienced are what everyone experiences, but the manifestation of those emotions are different.

Most people use the word ‘Duka’ which means sadness to express feelings and states ranging from just the ‘blues’ to grief and to depression. Some people use the phrase ‘Hithe amaaruwa’ – difficulty in the heart, to describe psychological pain.

We see the symptoms of depression in our people, and the symptoms are sometimes manifested more physically than emotionally. Depression surely does exist. It is like the common cold here.

There is also superstition and a strong belief in karma that plays a role in how people understand mental health problems and this tends to act as a buffering factor for some people whereas for others it can prove detrimental as this prevents them from seeking professional help. The ‘Western’ ways of thinking about mental illness can always be questioned in a context like Sri Lanka, because to quote Derek Summerfield, a renowned psychiatrist, “Western mental health discourse introduces core components of western culture, including a theory of human nature, a definition of personhood, a sense of time and memory, and a source of moral authority. None of this is universal.”

Footsteps to Freedom will begin on August 18, 2016, and plans on lasting for about 40 days.

You can support FTF by spreading the word. #footstepstofreedom

You can also support them by donating to their flood relief fund. All donations will be used to provide mental health services for those affected by the recent disasters in Sri Lanka. They would also appreciate sponsorship for their gear.

For more information, or to just tell them how great this is, please write them on footstepstofreedom2016@gmail.com.

This interview has also benefited from the keen mind of Arpita Bohra, whose articles on TSC can be found here and here.