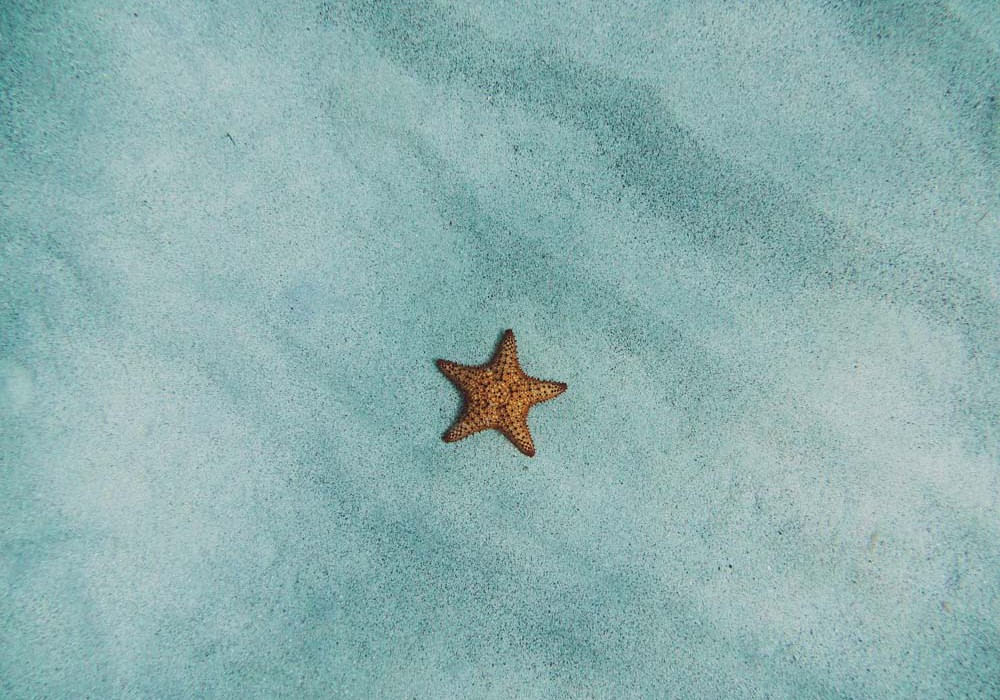 “You have to do this today. This is the only way to redeem yourself after a terrible week” I told myself. I folded up my mat against the wall and cupped my hands on the floor to get into a headstand. Seconds later, there was a loud thud and I could feel the balls of my feet in excruciating pain. I was in absolute agony and struggled to get up.

The sound caught the attention of my yoga teacher who rushed and helped me up. She took one look at my face and asked me what was bothering me. I wanted to tell her. But telling her meant admitting it. So I chickened out and told her that the only thing that was bothering me was my inability to make my body to listen to me, that it had been 10 months and it didn’t seem like I was getting any closer to achieving what I set out to do. She looked at me for what constitutes precisely half a moment, and while I attempted to keep up my half-baked explanation she said,

In the moment that it was said and several days after, I continued to feel completely flabbergasted and befuddled. There was a point at which I wanted to check with other folks in class whether my teacher was on something. Oddly enough, in the weeks to come, it taught me the greatest lesson of my life. It’s a lesson that I’m continuing to unravel and understand.

Insecurity for me has been this frequently occurring feeling that is coupled with sheer rage at myself for feeling this way. I mean, how dare I? Haven’t my friends on Facebook, followers on Instagram, all validated that I am interesting, intelligent, amazing and have the best life in the world? Every time insecurity has made its way into my mind, like an autoimmune disease my left brain would begin to generate antagonistic signals against it. When I feel incompetent and dispensable, on cue my left brain immediately sent out a tornado of anger which follows Newton’s Third law to the T.

This equal and opposite reaction in my mind, always left me in a complete slump feeling absolutely exhausted from the constant attempt to suppress my insecurities.

If that was not enough, the punishment has always been to put more pressure on myself to strive to be exceptional. Because, I mean, if you’re not, then do you even deserve to exist?

More often than not, this internal battle for supremacy between these two opposite forces has left me feeling perpetual enervation.

I suffer from the Imposter Syndrome.

It’s when you live in constant fear that people will discover that you are not as good as everyone perceives you to be, and that any second now you’re going to be found out and then they’ll all know you that you don’t deserve to be where you are. Add to this harrowing feeling an acrimonious noise constantly gnawing away at you for feeling this way.

And if these sets of emotions aren’t overwhelming enough, you can congratulate my brain for also being able to generate the same kind of rage about possible relationships. As you grow older, it becomes harder to forge new connections that are meaningful and actually bolster your sense of self. So when on the rare occasion you meet someone you think you might get along with like a house on fire (in retrospect, the fire is probably detrimental to long lasting friendships and relationships) and they don’t respond the way you would like them to, there is an immediate onslaught of and on your ego. Not for one moment did I get to feel sad or upset without another voice in my head screeching on about how I could not possibly be this irrational person who could be upset about someone I barely met or know.

After all, in the era of Tinder Fast Track-ing us all, it’s always time to move on.

Life continued as it always has, with all this noise in my head. And then before I knew  it, I began to understand what observing my insecurity meant. In the practice of yoga, there is a technique in which you distance your mind from the rest of the body. As abstract as it may seem, instead of beating down my insecurity as I have always done in the past, I let it stay and viewed it as something that was transpiring in a different physical entity.

I saw, somehow, that the reason why I have been fighting my insecurity so vehemently for years is because I was afraid of the downward spiral it could lead to, one that I could potentially never pull myself out of…

Letting my insecurity achieve free-fall and take on any form it wished was easier said than done. Being able to let go of trying to curb (attack) my thoughts was unnerving and terrifying at the onset. I was letting myself go down Alice’s rabbit hole with no idea of how I would bring myself back up, if I wanted to.

The practice of being able to separate my seething anger at myself for feeling insecure from the very feeling of insecurity was gradual. It began with me asking myself some basic, objective questions about work. What would happen if i did get fired ? If everyone thought I was an idiot ?

I began formulating the worst case scenarios in my head, something I had never allowed myself to think in the past; and when there was a sense of quiet instead of a gnawing, it wasn’t as bad as I thought it would be.

For instance, I wanted to speak about a collaboration opportunity with someone whom I hold in high regard, but I was so afraid of rejection that I paralysed myself to the point where I couldn’t bring myself to ask. Then, with this new method in mind, I began asking myself – if I got the answer I didn’t want to hear, would it be worse than the looming uncertainty? How bad could it possibly be for someone whom I really like, to not hold me in any great regard? What would happen if someone didn’t think I was smart or good enough for them?

I let insecurity soak and subsume me and somehow a very sane and logical argument began to flow from the very place that I thought would lead me down to a road of no return from depression.

I began to question my insecurity instead of quashing it the moment it emerged.

It was a liberating feeling, not getting mad at myself for feeling miserable. To allow myself to feel unhappy, dispensable and not worth fighting for. I know it sounds counter-intuitive in this era of mindfulness and positive psychology, but it gave me some breathing and thinking space, to acknowledge that there will be things I suck at, am mediocre at and maybe some people will never recognise me for who I really am (whatever that is?), the way I would like them to see me.

The ability to be cognizant of the fact that I may not even be above average and the acceptance of that, is new.

This is not to say that I am no longer interested in improving or wanting more. It’s just that the aggregate amount of beating myself up over feeling/being inept across different spheres of my life has reduced significantly.

9 weeks later, I cupped my hands and went into a headstand position and balanced myself  for 2 whole minutes.

Smriti currently works as a Consultant with the CSR wing of an Indian multinational. She enjoys travelling, standing on her head, reading, music and food. Not necessarily in that order.