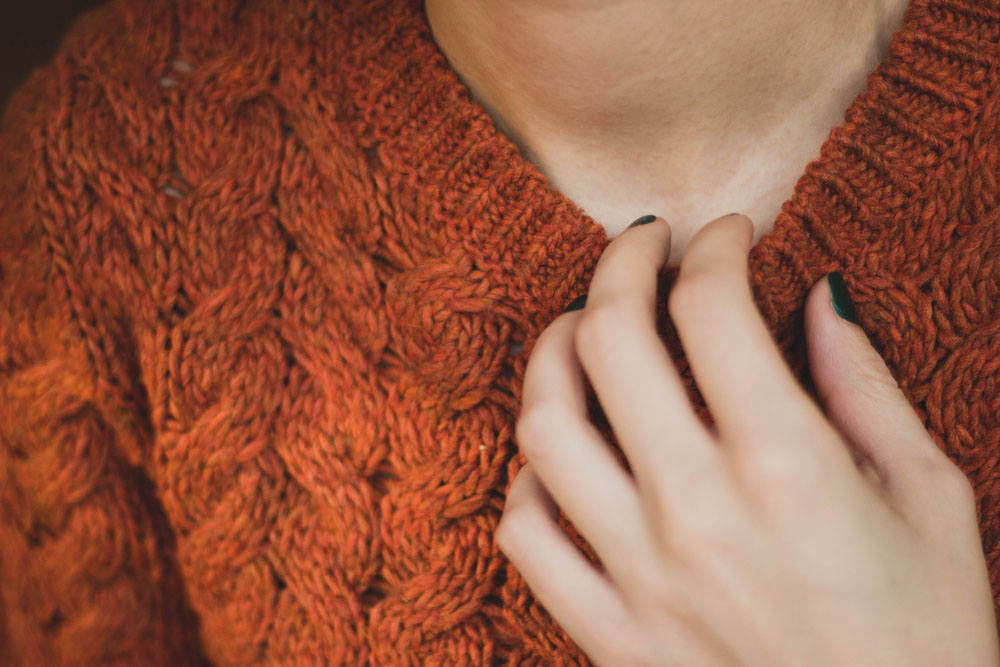 She sat by the window staring out into the openness, a monotonous gaze. She didn’t say much but continued to stare. She looked around inside the room and paused, everyone was familiar. She remained glued at her seat, still and frozen. The chatter inside didn’t invoke her participation. She looked a while and then slowly tilted her head towards the window continuing to look outside again. It was a while before she was noticed- as though there was a disruption in the steadiness she was unknowingly hoping to achieve.

No one noticed why her hands were clutched tightly together. And she didn’t understand either. Perhaps she felt in control, or at least hoped to control what was taking up a huge amount of her psychic energy. What she couldn’t bare to know was that it was uncontrollable- her hands clutched together were only trying to grasp a hold of herself speaking a language of their own which she didn’t understand. In her panic, the body had become the speaking agent and said something of its own as though something separate from the mind.

The paradox was that the body was expressing the very split in the mind that the mind itself could not comprehend or control.

It wasn’t long before she began to take notice that she had lost some weight, even some sleep and appetite, but there was enough to do- still steady, working, happy, engaging, she continued to live in accordance with her routine and ambitions. There were many continuums running simultaneously, some she was aware of, others not, taking even more of her psychic energy, leaving her exhausted and drained with a sadness she could not put words to. Things stopped making sense a little, but she continued relentlessly. Because that’s what strong, mature adults do.

Most of us continue “to-do” in the face of crises as the only means to keep us going. Stopping would incur a confrontation with the painful and true within.

Everything was fine; there was no apparent trigger, and everyone has issues they are dealing with so there wasn’t a big deal. And here is where most of us begin to weigh our emotions and feelings to situations – we stop them from occurring naturally. We pull the breaks, deciding it’s not worth it- the investment, the thoughts, and the feelings. We behave all grown-up.

With much credence to chronology and in the face of many situations, we develop an understanding around what “growing-up” entails in the face of challenging situations. More often than not we withdraw from our feelings in attempt to control them in the form of internal scripts, which are memorized and are on subconscious repeat. Sometimes, these scripts do not allow us to confront our pain and struggles, which should otherwise be just as essential to our internal narratives.

What we sometimes fail to understand is that maturity is not in an avoidance of our feelings but rather is making room for them in a sometimes painful confrontation, and allow for a constant dialogue with them.

Maturity is in knowing when to depend on someone. This is also difficult for most of us as there is tremendous shame in knowing that our dependence can be a burden on someone, even more when aspects of this have been mirrored to us in the past, imprinted in our psyche as our internal stories.

And again sitting by the window, staring outside in a monotonous gaze, her stance was broken because by this time the situation was a bit worse. Her hands clutched tightly together, she found herself shaking. She could feel sweat between her palms but in her body she felt cold. Still shaking as the tremors continued, her heartbeat was faster than usual while her throat began to feel dry. She started to shake more. She couldn’t control it. The tighter she clasped her hands the more she felt the tremors and her inability to control that movement in her body which she could make no sense of. She looked up with tears filled in her eyes. This time she couldn’t grip it – it had taken over her body and even her. She finally broke down, holding herself as tightly as possible, trying to put an end to it till after a few minutes, leaving her completely exhausted and drained, it stopped.

It had taken its revenge for being put aside and silenced for far too long.

As she broke down sitting by the window unable to make sense of the immense tension in her entire body, she was petrified for it had taken over her, over her sense of control and equilibrium. Trying to survive the attack, she lost her breath. She struggled to take every breath leaving her even more scared and slowly revealing to her, her helplessness and vulnerability.

A panic attack is an acute and intense attack of anxiety accompanied by feelings of impending doom. Having a panic attack could be a one-time event, as much as it can be a recurring event varying from one to several attacks in a day. They may also vary in their intensity. They are not easy to identify because they embody the soma-psyche split and at the same time are an embodiment of their unity. Misunderstood as the symptom of the body and in our fright to acknowledge it, it is a while before we may be able to apprehend what is happening to us.

We misunderstand panic for being a somatic condition as we experience the symptoms in our body first.

Most often it is misunderstood to be a heart related problem as the symptoms mimic a heart attack and hence our most natural response is to reach out to an emergency room. Panic however is first a psychological state marked by intense confusion and an inability to feel anything but immense fear.

She was too scared to say it: she thought she was going crazy. That was not true. She was just scared.

The psyche and soma are linked to each other in ways we cannot consciously make sense of. Many a times when our regular coping mechanisms tire, psychological distress may express itself via the body. Panic is one such condition when the body takes over as the receptacle of the mind. And hence experiences of panic can be understood as a result of conflicts within the mind which we are not in (conscious) touch with.

There are parts of us we split off from, while we truly align and respond from spaces that we feel more connected to and in harmony with, unknowingly pushing other parts away. There are parts of us, which may have felt hurt and angry and we knowingly or not put aside the entire event or the feelings they aroused in us. I find myself reminding my patients that we do so to be able to cope with our life on a daily basis as we are truly the best we can be – living the best we can live, doing the best we can do. But that somewhere something from within was pushing to come out desperately. Hence understanding the unconscious conflicts is of prime relevance in understanding our panic.

Panic remains an expression of some deeply confusing, anxiety provoking difficult feelings in us, which are unable to seek expression otherwise. The mind is at constant work in trying to provide affiliate and safer ways to cope with what is deeply unsettling within, while the body reminds us of its un-bearability. In an attempt to continue living and coping with difficult circumstances individuals may find themselves repeatedly trapped in a cycle of frustration, anger and helplessness enhanced further in the face of an inevitably unchanging environment.

Thus a vicious cycle of this fearful dependency and anger can occur triggering a state of panic when situations are not supportive, and people are not supported.

Panic is a real experience; it is uncontrollable and unbearable. It is not a sign of weakness but rather an alarm of exhaustion and a reminder that we must direct ourselves to listening to our own suffering and pain. Naturally, panic attacks unidentified and unaddressed could also lead to significant distress in other areas of our lives leading to occupational dysfunctions, relationship difficulties and a diminished quality of life. Panic can be further associated with personality disturbances, difficulties in tolerating and defining inner emotional experiences, unconscious conflicts about separation and autonomy, negative emotions such as rage at loved ones, and conflicted aspects of sexuality. It is only on engagement with the self with compassion, nurturance and love that we can slowly come to face some deep and difficult feelings which evoke such fear in us- the real, the true part of us that we unknowingly split off from within us to keep up our bravado in a relentless pursuit of life everyday.

Rashi is a people’s person contrary to the image of psychoanalytically trained and informed psychotherapists. She is currently working as a Psychoanalytic Psychotherapist with the Fortis Healthcare, New Delhi. She works with people across different age groups experiencing emotional conflicts, psychotic breakdowns and difficult states of mind. Working with women issues at the cusp of psychoanalysis and feminism is of key interest to her. You can reach her at rashikapoor@psychoanalysisindia.com.
Shares
fearheart attackpanic attackPsychoanalysispsychotherapy